We Need the Proof

For many the idea that we create our reality and that like attracts like speaks to them. However, a feeling isn't necessarily good enough. Scientific proof is a necessity and understandably so. You want to be thorough, you want to be correct, and you want to be sure.

Ultimately the LOA proof will be your life experience, but there are real markers in our reality which indicate its validity. Since if something is a fact, we should see evidence, and there is an explanation for the rational mind when it comes to the LOA.

→ How the mind affects the body

⚬ Looking at stress and anxiety

→ We are all connected: Quantum Physics

⚬ Looking at quantum entanglement and

→ All physical reality originates from consciousness

Law of Attraction Science is Evident in These Notions

When I show you the above is true, you'll have the proof you need to understand the Law. Then when you put it to the test for yourself, you'll get the results you expect.

The Mind Affects the Body

The fact that the mind affects the body is obvious when you consider how we already understand and treat 3 things: stress, trauma, and the placebo effect.

We know that stress and anxiety can have devastating physical effects on the body, anywhere from causing a stomach ache, heart palpitations, sweaty palms, to heart failure and so much more. Yet we also know stress and anxiety:

The effects of stress and anxiety are very evident with trauma, and the remembering of traumatic events, which have real, physical results.

Anyone who has experienced trauma knows how it can affect them, years later. The body reacts to these memories as though the initial trauma is happening all over again. Many therapies designed to treat trauma and stress target the mind and thought processes. Some of these therapies include:

Targeting healing through the mind and thought processes is evidence that the mind affects the body.

The Placebo Effect is well documented evidence of how the mind affects the body. The placebo effect works like this:

How can simply the belief that something will help them, help them? Because our thoughts effect our body and by extension, our reality as we'll see with quantum physics.

Some additional experiments to look into which demonstrate the effects of the mind on the body are:

We are All Connected: Quantum Physics

What makes things even stranger, is how we interact on a quantum level. Quantum Entanglement's Wikipedia article describes it as:

„Quantum entanglement is the physical phenomenon that occurs when a group of particles are generated, interact, or share spatial proximity in a way such that the quantum state of each particle of the group cannot be described independently of the state of the others, including when the particles are separated by a large distance.„

The fact is that on a quantum level you and the rest of physical reality cannot be described independently. There is no separation.

This is a phenomenon that stumps our scientists and gave rise to the understanding of wave‐particle duality. It gets stranger, though. When a measuring unit is used to observe an electron as it passes through the double slit the electron acts as single particle, no longer creating an interference pattern,

Check out this youtube video on the Double Slit Experiment to get a better understanding of it.

I'd also like to raise the notion that objectivity isn't even possible, and it's another concept that supports the Law of Attraction. The way we know our world is completely subjective.

Therefore, is true objectivity even possible? Is your concept of reality ever free from your subjective interpretation of it? Nope.

All Physical Reality Originates from Consciousness

Everything created by humans was conceived and created in the mind before it became a reality physically. It all started with a thought, with our consciousness. The earth consciousness created all organic beings, all the beauty of the land, plants, all organic matter, like humans. At a quantum level we are no different than the earth. Humans are simply one way that consciousness is expressed and experienced.

The fact is that consciousness creates our reality. Our consciousness does this through thoughts and thoughts are an extension of our beliefs, and beliefs are just thoughts we have about life that we assume are truth.

The Ultimate Law of Attraction Proof

The ultimate law of attraction proof is your experience. When you start to pay attention to your thoughts and your experiences, the connection becomes clearer. It works in every way, in every aspect. You might notice that you think about a dolphin and then see a dolphin. You notice a local hockey team symbol and focus on it and then a minute later you see it again. Once you know this, then you can start analyzing your beliefs. What do you believe about your world and therefore what thoughts do you have about your world? What kind of world are you creating?

All Original Work by Tanisha Eileen

I am a Canadian creator and freelancer. I love to learn, I love to create, and I love to feel good. All of my work is a reflection of this and my journey to reaching where i'm at.

The Law of Attraction

Law of Attraction science is in the pudding. There is real, valid, scientific evidence of its existence waiting for you to discover. Your rational mind can be satisfied and I provide you with all the information you need. 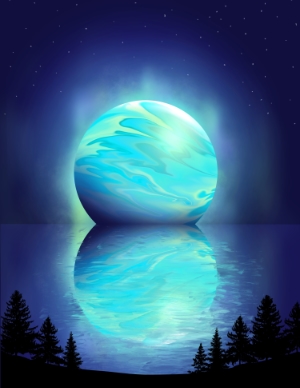 The Law of Attraction

How to Manifest What You Want

Learn how to manifest what you want by recognizing the power of your decision, beliefs, and emotions which all come to play in the creative process.